2014
First, let’s look at 2014. In 2014 I gave myself 1 year to figure out if I can live a musician’s life, specifically majoring in running a music tailoring business and minoring in trombone gigs. What happened? After closing my books for the year, my arrangement business’s net profit was about 1/4 of my full time salary in SingTel in the previous year (no accruals, i.e. not counting some money that people typically owe me more than a year or multi year). If you add to that performance taken home after cost (parking itself set me back a couple of hundreds of dollars), I made roughly 1/3 of what I used to make in SingTel, which to begin with isn’t a lot.

Well it’s true that I didn’t “pia” 拚 all the way as I was also trying my hand on other things and trying to keep everything balanced, including daddy duties. However, I also learned how slow things can move in this industry, with lots of expectations of pro-bono work and industry camaraderie, but little industry development and creating global exports.

That’s ok. Moving forward, I’ve repurposed my time to handle this part time again, except this time, it’s not going to be a by the way thing. There will be focused energy to get the really important stuff done first.

Also in 2014, the unexpected opportunities became relentless. More and more head hunters, friends and ex-colleagues looking to hire me to do more of what I used to do. After rejecting those, there came a smaller but very potent set of people looking for their elusive “partner”, “co-founder”, and generally people to commit to building something together. I followed my heart to try some.

Philbrass was first. Growing from strength to strength since 2010, the team decided that it’s time to do what everyone else does – go commercial – instead of always putting recitals and concerts first. After many AGMs and team members coming and going, the team got really serious in 2014, drawing experience on successful engagements in 2013, to quickly scale in all directions (quintet to decet, 1 christmas show to multiple shows daily in december, AEP and other education programme, and more), and is likely to sustain this level of activity in 2015.

Then came the super intense Garuda Robotics. I’ll save the main gist of this for another post (perhaps even company blog if we want one) but suffice to say a VC backed startup is nothing like I’ve ever worked on – in Mark’s words I’m too “sole-proprietor”/”hunter” in my thinking sometimes which I think is true (in Malay, we say kais pagi makan pagi, kais petang makan petang), vs building long term things backed by other people’s money and resource. 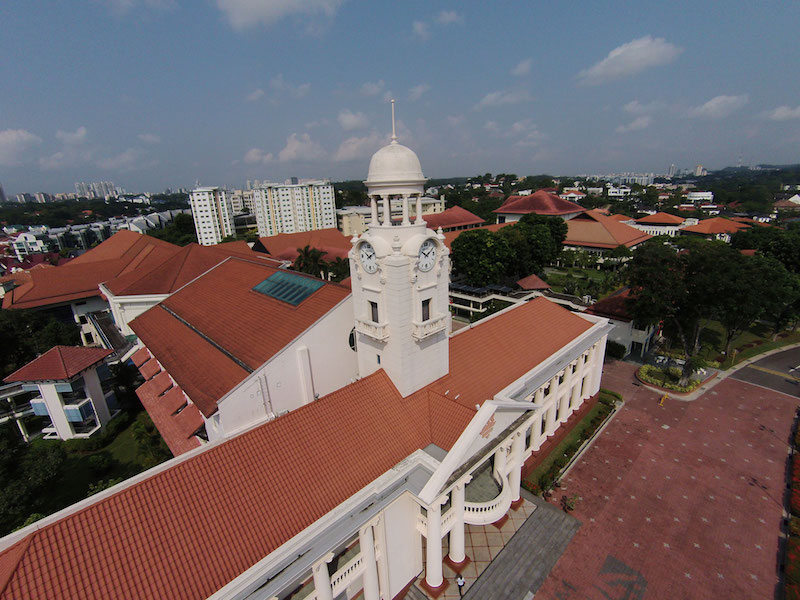 2015
In 2015, my aim is to have my annual plan clearer and bigger, while I still can manage with a decade of savings (and before huge penalties like LUP and COE charges come).

The priorities are still the same: personal then family then work.

Personal
In the personal category, matters with the heart will require attention first, followed by a strict “upgrading” programme to get back in touch with the fast moving world of technology, then followed by the continuation of a stricter exercise regimen that started in 2014 to deal to the ever deteriorating body.

The biggest win for running my own show is a much greater control of my time to focus on personal development. Some days, I literally spend all morning on myself, before even looking at emails. One big win last year that will be fine tuned this year is my Ideal Week, which has so far helped me balance this need for self development against the entire world shouting for my attention.

Family
The real roller coaster, emotionally at least, has been self-setup stress that comes with being a first time dad. Once I figured out that kids really needed to grow and play on their own, and there are many things that a dad can’t provide to a breast-fed infant, I relaxed a lot more. This year though, we are also bracing for the extra care that comes with a teething baby, a weaned baby, a walking baby, and the increasing development that will require our attention.

Increasingly my larger family will also be going through changes. Brother’s getting married, we might move to the new condo and thus setting up new place and lifestyle, possibly more parents visit, more family holidays (Australia already in the plans), etc. Rate limiting will be key to ensure that details are taken care of but not over indulge in, say, furniture selection.

Work
This is by far the hardest. Despite planning to spend more than 50% of my waking hours on the Work category, it’s the never ending piece that expands faster than the universe. Right now there’re at least 4 major competing interest for my time (GR, UM, PB(PW), RMP) and this does not count the serendipitous opportunities that will need sudden and extra attention.

Sometimes people ask me why don’t I focus on just one thing – that sounds like a plan when you have an iron rice bowl knowing that your paycheck will come in and grow steadily. In all my endeavours now, I actually have to make sure _others_ get this pay growth in addition to mine, and for certain setup I’m actually going to have to sacrifice mine for others when the bread and butter isn’t doing well. Thus such a derisking strategy.

While that sounds like a plausible excuse, the real reason internally to me is that each of these are dear to me, and I am not going to have the chance to do them sequentially, as they each need certain amount of skills, connection to the industry, and longevity to it.

The easiest to explain is my continuing to be a performing artist on my trombone. Regardless of how little I earn performing with a hungry and well qualified younger generation of trombonists in the market, if I stop playing (like I did 1st 2 years of CMU), I will have a hard time restarting the muscles, as well as getting back into paying gigs. In fact the competition is so stiff that I will really need to drive myself into a niche (current bet is brass quintet, maybe even more niche?) and be #1 or #2 in that niche. This will unfold with the various experiments that PhilBrass has generally agreed to do together as a team.

Next easiest would be the music arrangement bit. If you search the archives of this blog you’ll find passionate pleas from my past to continue doing this for the rest of my life. It’s been a 20 year journey thus far, from pencil and paper to Encore to Sibelius (even Finale, MuseScore, Lilypond!) and like I used to say, it has paid for the gas and tolls. In fact I have also found myself in a mentoring position recently, which I find odd for I did not get a lot of mentorship personally except from the silent cupboard of photocopied scores in CHS band room. Unlike performing, I found myself growing in depth and adventure in my writing. If time allows, I want to attempt some composition this year.

What has been less rewarding is learning more about the music publishing industry and the individuals that has made it somewhat odd compared to mainstream book publishing. While I continue to harbour dreams of just writing and dumping music online, disregarding rights owners, I also felt a sense of pity for the great number of guardians of melodies. For now, this will take the lowest priority for 2015, while keeping in mind how it goes hand in hand with the pipeline of creation.

The hardest, and yet the most exciting thing that has happened in 2014, and will occupy most of 2015, is robotics. Although I just dived back in last year to get my feet wet, this year is going to be different because for me to sustain the next 12 months on this will require the right kind of internal motivation.

I look back at my “robotics” experience some times and giggle at how bad some of the bots I made were, for example Micromouse in Hwa Chong or Mobot in CMU. At the same time, I’ve learnt such a great deal about helping enterprises move forward to adopt new technology in my IT career that, without somewhat of a leapt of faith like connecting drones in the cloud, there’s no big reason for doing this in a startup with uncertain revenues at the point of writing.

The scary part isn’t even in the building, partnering, operating a drone business. The scary part is working with an old friend from school, and some new awesome people, who themselves have put everything into this single basket, and having our families and friends support this endeavour. In the worst case scenario, where all cash flow is directed towards customer needs instead of salaries, managing the strained relationships is going to be a new and potentially harrowing experience for 2015.

To make things simple, I have to plan all the music work into 30% of work time and spend 70% on GR at this stage, and will see how the balance tilt.

And at this time, everything seems like it’s going to be long term. Besides culling the iron rice bowl in 2014, I’ve also been sidelined in various musical groups and social activities, which I guess is for the better as I rescue every remaining minute for things that matters. Even this blog suffered much.

2016
2015 is going to be such a workaholic year, that I wish 2016 can be a family year again. One should plan resolution with goals right? So hopefully by 1 Jan 2016, I want to achieve income recovery and many long term bets. If I were to put a number it will still be my fresh grad pay in US 10 years ago (really a stretch goal, but it’s good to aim high right?) and at least 2 big bets launched in the year (big bet = if lose/fail, then catastrophic consequences).