I took a week off to travel to Shanghai to attend music CHINA, an expo under the same umbrella as Messe Frankfurt, one of the world’s largest music trade shows. The show has two sections, one is music the other is PROlight+sound, which is more a sound engineer heaven.

The music side is predominantly western although there are halls with Chinese instruments as well. Pianos, strings, winds brass all take up their own hall, while us publishers are primarily tucked in a nice corner with all the guitars and ukeleles.

Today is only the 1st day (3 more days to go), and after going through all the setup and networking with the other exhibitors, I felt that I need to take notes. This is also specially for you, if you’re trying to do something similar to me, about expanding our culture back into China.

The purpose of my trip is super multifold. First there is the “business” part where I play editor to Retsel Mil Publications to gain access to conversations with other publishers, which I think is progressing nicely as each conversation reveals a little more about this intricate web that we music publishers weave. This effort continues.

Then there is the self-promoting part which was a complete flop because finally I have come face to face with the typical Chinese customer whose last thing in mind is to come to a trade show to talk about commissioning new works or discuss cross border / cross cultural exchanges. They are looking for method books mostly. It is a good learning.

Third would be the bigger promotion of local works, not just works that are already published, but potential other new works that we manage to download its premier from YouTube in time for the show, to be pitched to other publishers and other market makers. Customers generally ignore south east asian works here – speaks volume about how important we are to the general Chinese mindset, but arrangements that touches their culture does create conversations – who know maybe they will actually come back to grab it towards the last day.

The same can’t be said for the publishers. Some of them (especially the owners of boutiques) relish new compositions as works of pure beauty and curate them constantly. Larger monopolies who completes the lowest common denominators only send their sales staff, who are usually friendly but useless to engage in meaningful conversations about advancing the music publishing industry.

Thus in the end, most of my time these 2 days were spent talking to other composers and arrangers who double hat in helping to run a publishing business. This is probably the most rewarding part, realising that composers who survive in this brutal industry is solving the exact same difficult problems as lonely me in lonely Ang Mo Kio, whether it’s a non-existent Viola section resulting in a Violin III for beginners, doing up all sorts of flex-band type music to cater for incomplete instrumentations, key choice, breaking away from western formula writing, taking day jobs and writing at night, doing up powerpoints to describe the madness they go through to make ensembles work for education, decisions on whether to invest in Note Performer for Sibelius and so on, and so on.

Last but not least I need to make new resolutions and redistribute my time once I get off the plane in Changi. This is a short but not relaxing reprieve, but it is already doing a lot of good, especially by artificially blocking my access to Google, Facebook and these American services that runs my daily life. I’ll save this for part 2.

My biggest reflection today is summarised in this picture on the wall. 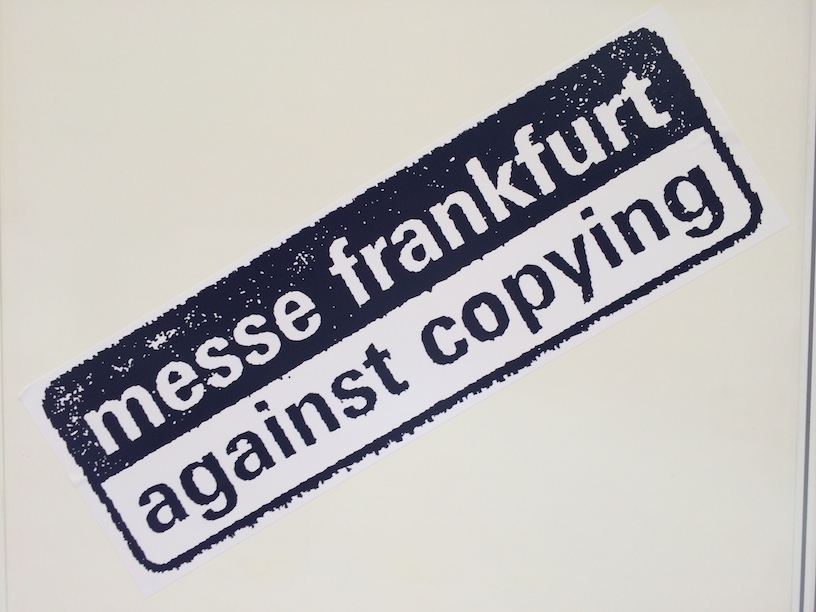 Meeting these publishers face to face has been a great revelation, precisely because they are so predictable. All of them face photocopying issues in China and the rest of the world. All of them still want to play legal, pay up licensing fees for print rights, invest deeply into good sample recordings, do a decent job marketing online and offline, but most spend little time with the end user as only a few could wear all hats from being a band instructor to a publisher and still be able to travel and develop connections.

In other words, no one is innovating the model.

Maybe they don’t need to maybe they don’t know how. Most have taken some advantage of technology, giving away more online (you can find many publishers freely distribute their conductor scores on their e-commerce store for example), but no one has been able to change how new works are sold and performed.

Especially when it come to method books – it’s being treated like a commodity, with everyone reselling for everyone to capture as much dollars as possible. Here we translate a bit, there we change the packaging a bit and voila another similar product emerges.

Next up is the soaking up of popular culture of their own people / audience. It doesn’t matter if the arrangement is half past six as long as the conductors who are walk the show recognises them. Surely there can’t be any hint of “art” in pop music transcriptions?

Sitting next to those are the nationalistic but mostly irrelevant folk or national songs. Just like people throw me a big Question Mark when I tell them about Rasa Sayang, I wouldn’t care as much for a collection of Dutch folk tunes arranged for flute, cello and harp.

Finally you have the cream of the crop, the reason we all went into publishing, the recognising of original works that defies gravity and fly off the shelves, being programmed by all these university and professional bands, and giving the publishing house some dignity for curating the master work.

Many grumbled how they can’t be effective agents of these arts because customers go direct to composer these days (again blame the Internet), their capital is stretched really thin for licensing with no guaranteed sales, some holding rights to music passed down from their great great great grandfathers that they can’t monetise, etc. All reasonable, but cannot elicit pity.

For the world has moved on. Plagiarism is the primary engine in promoting art. Piracy is the de facto mode of operation for the vast majority of the individuals and some organisations, regardless of what the law says. And there’s no bridge between these two world – you either play nice, which we’re quite fortunate in Singapore to have watchful eyes to ensure this happens, or you play foul.

We’ve been talking about the Microsoft strategy of simply letting China copy Windows for some time. Well it worked pretty well – so well that we couldn’t buy a printer here that supports Mac, and we had to install bootcamp and a chinese copy of windows (why of course it’s free) to be able to print.

The same might have to pan out here. In the face of customers who cannot differentiate good music from bad, we almost have to force feed them with the product that we want them to consume, before a generation of musicians grow up to prefer these product. No amount of reasoning and evangelism is going to change that.

And that’s counter intuitive to how we see art – we want to price the good stuff up, and dump the bad stuff. But for this strategy you have to actually give out the absolute best, and use that as a platform to get people to start following you. Many indie singers has done that before, why are band or orchestra scores so different?

Peter Thiel talks about creative monopoly. If there’s a new kind of monopoly that can capture value in selection, curation or distribution, what would it be?