Besides doing field work and playing with baby hands free, one of my original aim for acquiring Google Glass was to make it useful for the live performing musicians.

But like building any new app / product / service, I didn’t quite settle with the use case. It was too small for scores, but actually have enough pixels for something other than just pictures. But it was also hard to focus both beyond the screen and on the screen at the same time.

So I thought maybe I actually need to start performing with Glass to learn more. My brass quintet’s recital last Monday was the perfect opportunity for me to give the vanilla version of the product a spin. Here’s how I look sitting: 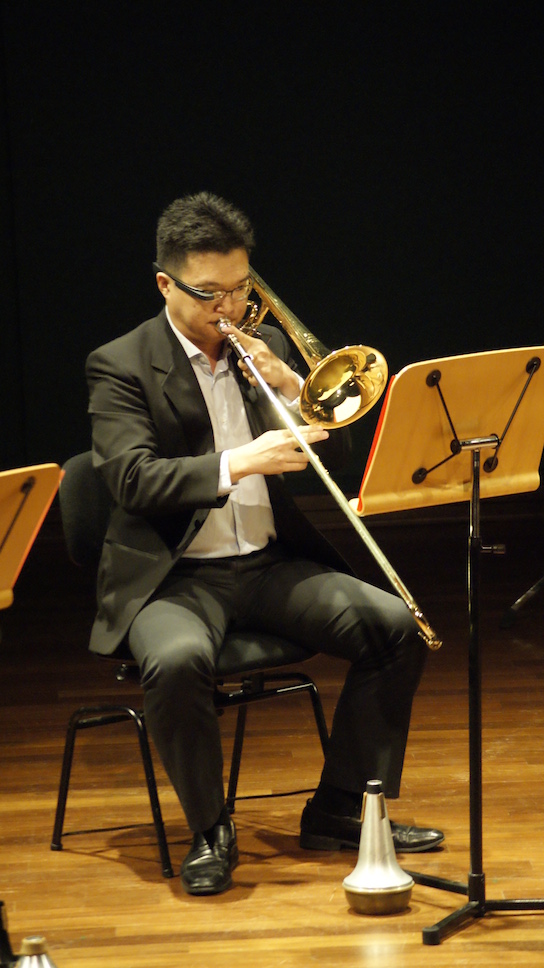 Here’s a typical sitting position for most classical musicians on stage whether it’s a small group or a large orchestra. I learned a few things that night: 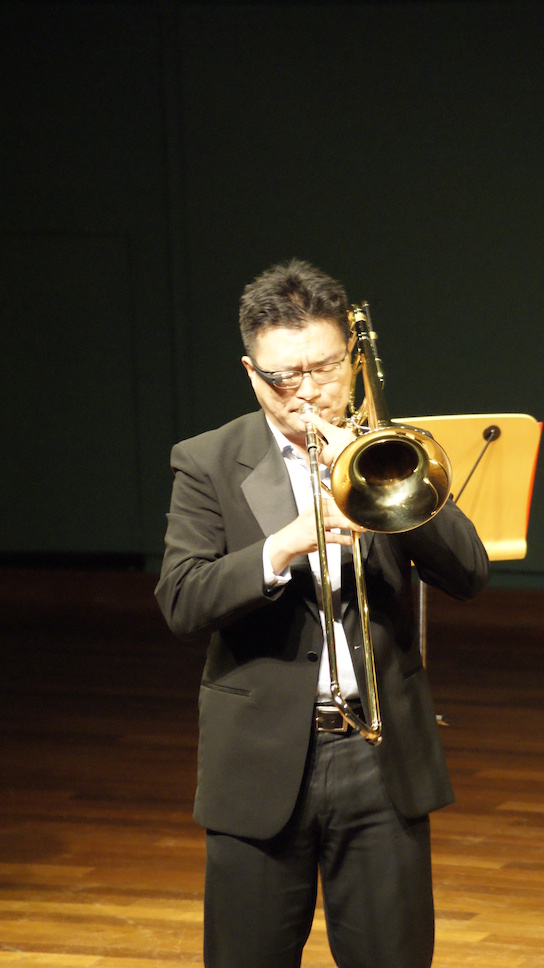 Here’s a typical standing position, common in small ensemble or soloist playing concertos with any type of accompaniment. More observations: 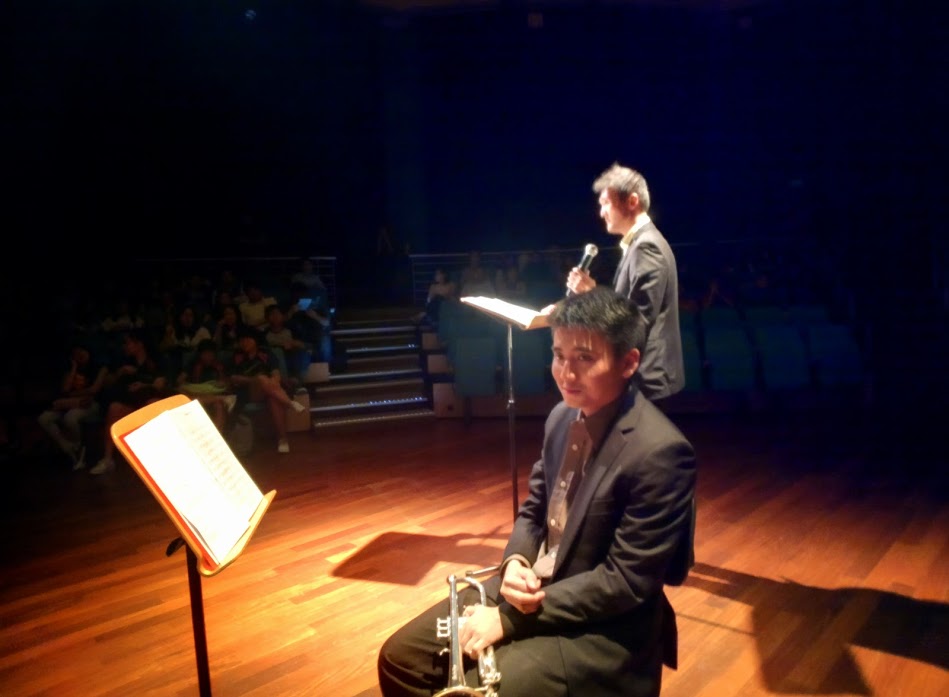 During the show, there are a million things that we rehearsed that we have to do, thus naturally Glass is the last thing I remembered. I was overwhelmed despite being throughly prepared, because as typical amateurs, there will be situations during concerts that we have never anticipated. And we need to react very quickly.

Thus, this shot above was the only shot I manage to take using Glass during the show, and it was during the longest reprieve moment when I got a break from my emcee duty and was resting for the next item. Also notice that: 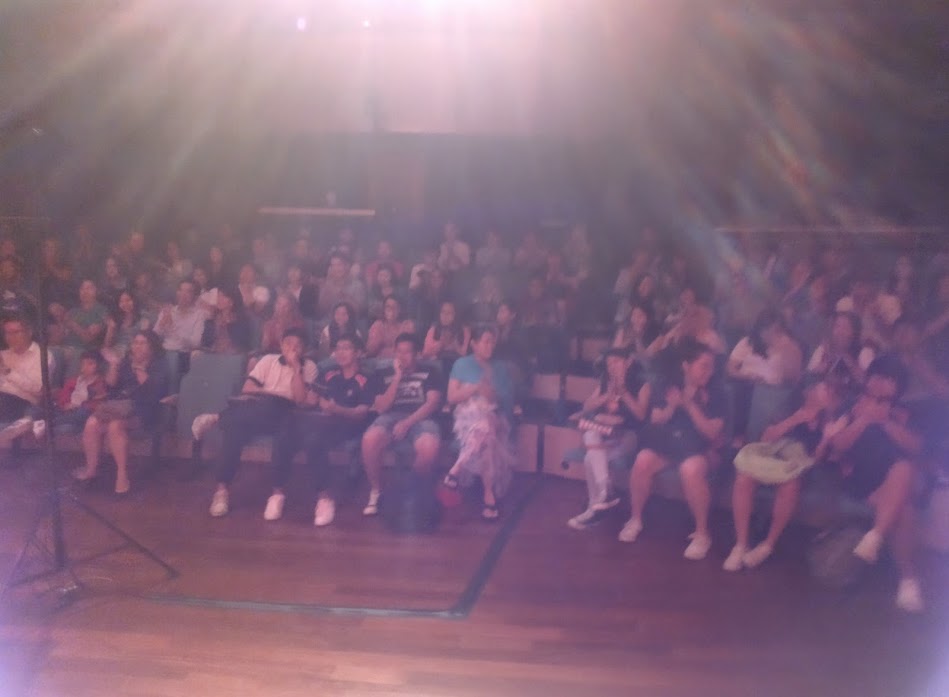 The glare was evident with the final shot – this last picture was taken after the very end during curtain call.

And so surprise surprise even though I kept telling myself to capture just one segment of video, even if it’s 10 seconds, during the show, it did not happen!

Just like an instrument, using Glass well means practise practise practise. Like many classical musicians, our zenith in playing comes after we overcome the technical challenges of producing a good sound at the right time right place, so that our minds can be focused on communicating with the audience. Thus it’s unfair that I had at most 25 minutes of “practise” of using Glass during rehearsals, vs 25 years of practise on my trombone.

Yesterday when I was putting these cameraman photos onto Facebook, I also realise that their face detection algorithms fails to detect all my faces when I upload pictures. The “face” is no longer a face in essence, what a bummer.

So is there still hope in making this a useful gear for performance? I still think so, because there are certain concepts that I couldn’t test, for example, remote controlled image taking and video recording (I might be wearing the Glass, but my cameraman is the best person to judge when I have a great view), and other show elements (such as live broadcast of the show on projector or elsewhere).

And of course there’s also that score reading thing that still bugs me – can I read 1 stave of music that follows my playing? Can I read chords and lyrics only for singers / guitarist? Looking forward to the next round of testing during Christmas season 🙂