Got to play with new LEGO sets yesterday 🙂 Better take some pictures before it’s gone (taken back by government) haha: 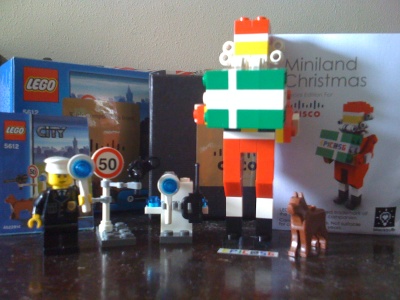 Since I got a different set from jiaxin last year (the Santa and this Angel were both products of BlackBulb Creations (Nicholas Foo)), and both are related to the Western tradition, I thought I write a Christmas story for them: 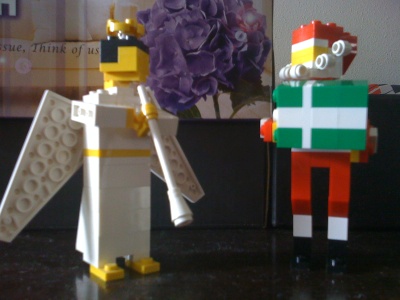 Angel met Santa. Santa caught the gaze and the beauty of Angel, her wings and her trumpet. He was carrying a gift for Man, little did he know that Angel wanted the present.

Angel seduced Santa. She told Santa of great things in Heaven. Santa was delighted. He got very close to Angel and felt her warmth. Suddenly, Angel raised her trumpet! 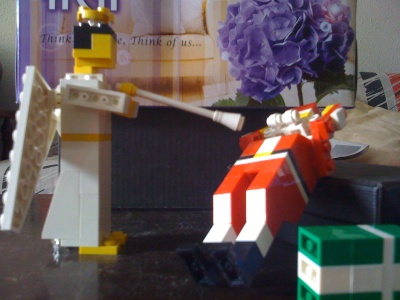 She BLAST the trumpet in the ears of Santa with heavenly proportions. The sound was so loud and magnificent that Santa fell, dropping his present for Man. 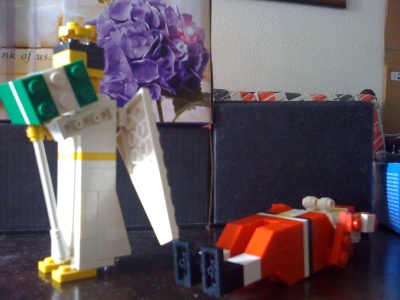 Angel picked up the present, and left with no emotions (like most LEGO characters), leaving a deaf Santa in agony. 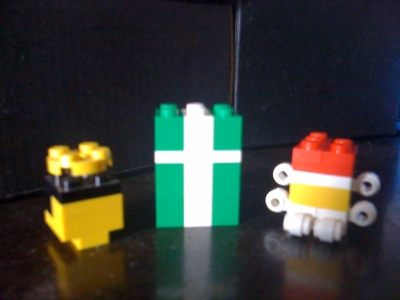 Did Angel do the right thing? Was Santa a victim, or was it his fate? Discuss – feel free to make any assumption based on your cultural / religious context.